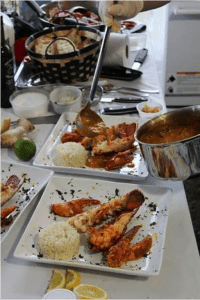 Thinkfactory Media, the producers behind Gene Simmons Family Jewels and Hatfields & McCoys, will be shooting a new cooking competition television show for a major cable network.  Their first stop: The Maine Lobster Festival!

Amateur chefs from all over the United States will come to the Maine Lobster Festival on Thursday, July 31, 2014 to compete against the best of the best local Maine cooks in an all seafood-cooking contest, and YOU will have the chance to be part of the live audience!

The first contest begins around 9:00 a.m. on the Festival grounds. Judging will begin around 11:00 a.m. with another cook-off and prizes announced later in the afternoon. 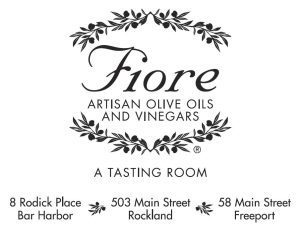 The following day, Friday, August 1, 2014, the Maine Lobster Festival will host its annual world-renown Seafood Cooking Contest in the North Entertainment Tent.   Sponsored by FIORE Artisan Olive Oils & Vinegars, this competition will feature amateur chefs who have submitted their unique seafood recipes to a panel of judges.  Participant selection for the Seafood Cooking Contest is based on creativity, suitability of the seafood to the recipe, and simplicity.

The 2014 judges for the contest include Elizabeth Watkinson, owner of Owls Head Lobster Co. , Chaz Dougherty, chef at Trackside Station, and Susan Axelrod, Mainetoday.com contributor.  In past years, judges of the Seafood Cooking Contest have included Michele Ragussis, former competitor on The Next Food Network Star and current owner of The Pearl Restaurant in Rockland, Allison Fishman Task, host of the Yahoo! Original Program Blue Ribbon Hunter, and Lynn Archer, owner of The Brass Compass and Archer’s On The Pier, both located in Rockland. 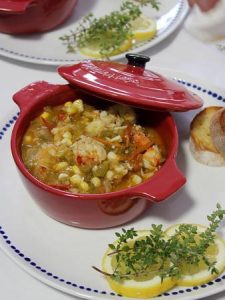 Lobster is on the menu, and you’ll see it cooked in some of the best ways at the 67th annual Maine Lobster Festival!  Join us Thursday and Friday for these two fantastic cooking competitions that are sure to make your mouth water.