The Most Popular Event at the Maine Lobster Festival

“We Are All Champions!”

Wonder what the most popular event at the Maine Lobster Festival is? Look no further than The Big Parade! This year The Big Parade begins at 10am August 6 on Main Street in Rockland.

For many years, the parade has drawn the largest crowd of the week, and often proves to be among the longer of the parades in Maine during the year. Each year, the town of Rockland closes Rockland Main Street to traffic as local community members and visitors alike gather to watch parade participants march or drive by.

In the past, participants have ranged from local groups and businesses to nationally-recognized participants joining us from various parts of the country like The L.L. Bean Bootmobile and “The Band” Marching Unit. 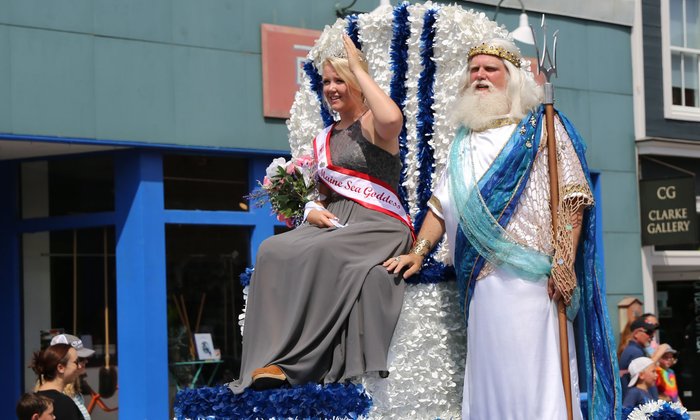 The 2022 Parade theme is We Are All Champions, and the Maine Lobster Festival is excited to announce that the 2022 Grand Marshals are our local winning high school sports teams! The board of directors, members and volunteers want to recognize all the student athletes who worked so hard to have winning seasons. We look forward to celebrating them in our parade!

Local lobstering legend Virginia Oliver, aka, The Lobster Lady, will be joining the parade! Virginia recently celebrated her 102 birthday, and believe it or not, still goes out lobstering with her son. Virginia will be escorted by the Owls Head Transportation Museum.

The parade is a great place to show off the enthusiasm we have for our community. From Horch Roofing to Hannaford & Shaws, to Lincolnville Community Band, Taste of Maine Restaurant, Color Guards and the Special Olympics to name a few, the Maine Lobster Festival is honored to have their enthusiastic, fun and creative continued participation. Our local community makes this parade an exciting and entertaining family event celebrating our lobster industry.

Pat Patriot, the mascot of the New England Patriots will be making an appearance at the parade. Head to the Festival grounds after the parade for a photo op, he’ll be there greeting guests!

We are also excited to have the Maine Cabin Masters return to the Parade again this year! Working alongside his sister, brother-in-law, and a trusted team of craftsman and local artists, Augusta native Chase Morrill renovates classic Maine vacation properties in a unique style. From century-old cottages buried deep in the woods, to lakeside retreats on pristine shores, these classic homes receive the revivals they have needed for decades. Head over to Mildred Merrill Park on the Festival grounds after the parade to meet the Masters!

Groups and organizations interested in participating in the parade may download, fill it out and mail it to Maine Lobster Festival, PO Box 552, Rockland ME 04841 or email the application to us at [email protected]

In addition to floats, it also features the grand marshal, the newly crowned Maine Sea Goddess, the Sea Princesses and their escorts, King Neptune and his court, and a variety of bands, marching units, drill teams and more.  The Maine Lobster Festival Committee is excited to see the Lobster Art that participants come up with this year.

There is no fee for participating in the Big Parade.

The festival parade has for many years drawn the largest crowd of the weekend and often proves to be among the longest parades in Maine during the year. Grand marshals for festival parades have ranged from local, long-time workers for the event to influential community members. 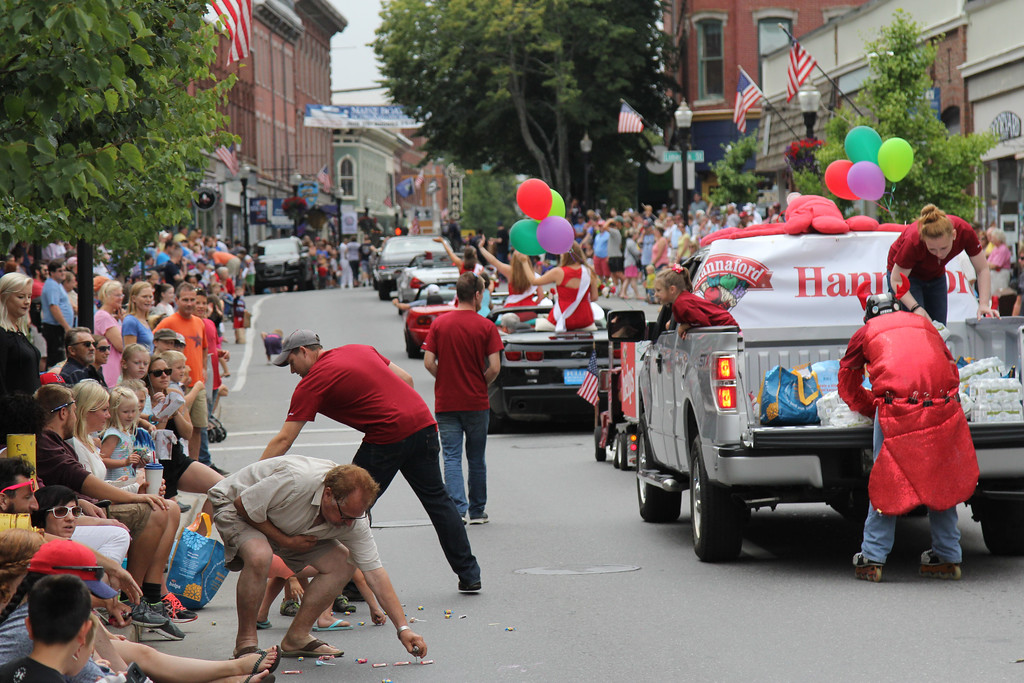 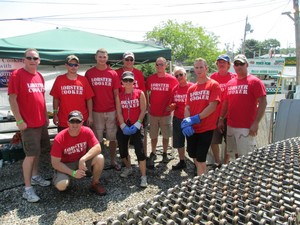