To shine a light on the extraordinary efforts of the Maine lobster industry and what their hard work means to them, their families and their communities, we are profiling the real people who work the water every day.

Meet Marina Landrith. The 12-year-old owns a 19-foot lobster boat and hauls her own lobster traps in Rockport, Maine.

“I’ve been lobstering as far back as I remember,” she said, trying to recall her first memory of being on a lobster boat. “I just remember seeing my Uncle Jeremy, who lobsters off Matinicus Island, haul lobster traps and holding the baby lobsters he pulled out of the trap.”

Marina was only 6 when she began tagging along with her uncle to observe how the whole process worked. “My mom and I would just go out for about an hour and help where we could,” she said. 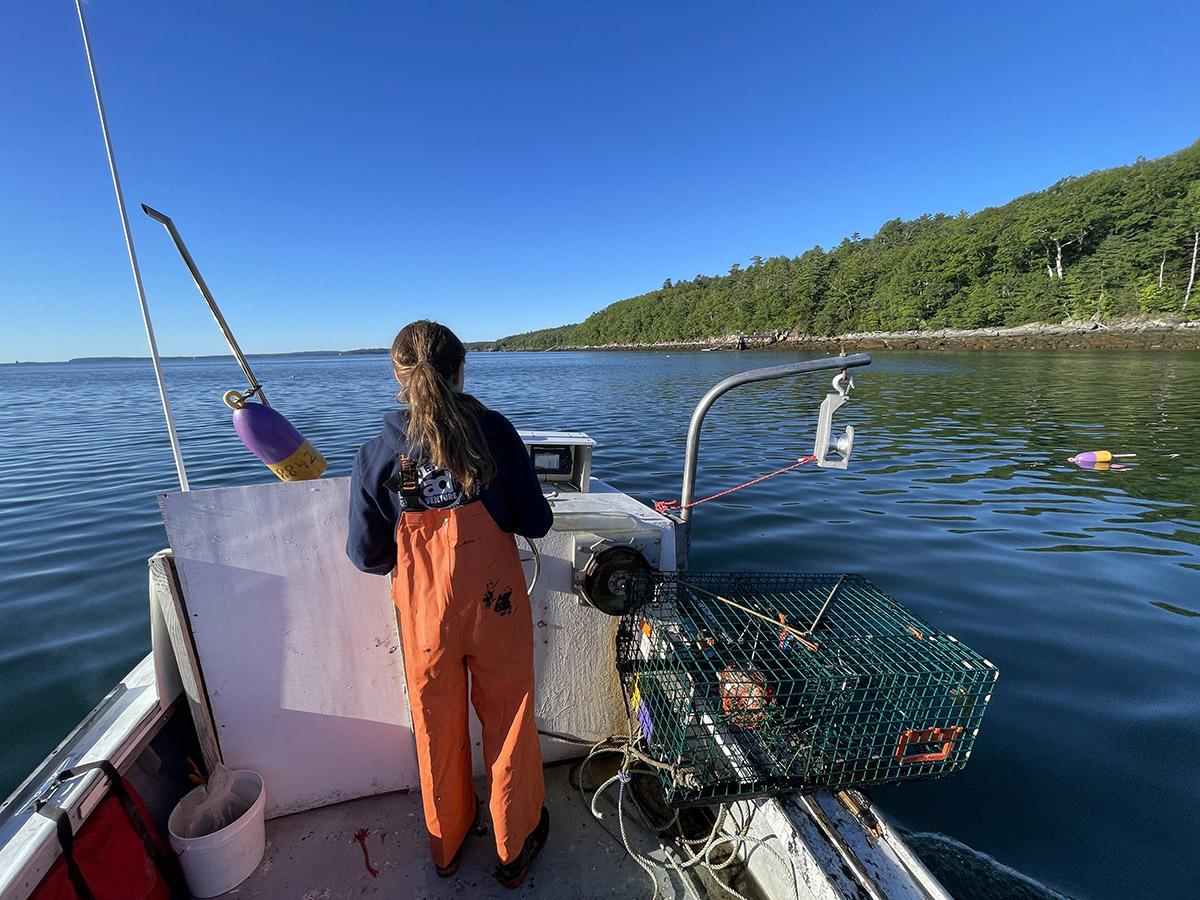 Usually, her job was to pull lobsters out of the trap, measure them with a gauge, and band the claws. “Holding a lobster when I was really young really scared me,” she admitted, “but I’m not scared of them anymore.”

Dale Landrith, Marina’s father, got his recreational license about that time, which allotted him five tags (traps), so she hauled what she thought were her traps (but in fact were her dad’s) for the next two years. “Her uncle and grandfather gave her a skiff and a motor, and she began hauling out of that boat when she was 6,” he said.

In Maine, according to a 2018 Island Institute report, approximately 4,600 licensed lobstermen make a living on the coast of Maine, with 26 percent of the license holders under 25 years old. The state offers a special Student Program for kids at least 8 years of age, with most participants being children of lobstermen since the sponsor must also have a commercial lobster license. The program is designed to have the student apprentice with an adult to work toward a commercial license.

Marina officially started lobster fishing at age 8 with her Student License. Since then, she has paid for her own bait and hauled her own traps. “I took my lobsters to the lobster wharf, they weighed them on the scale and I sold my catch to them,” she said. 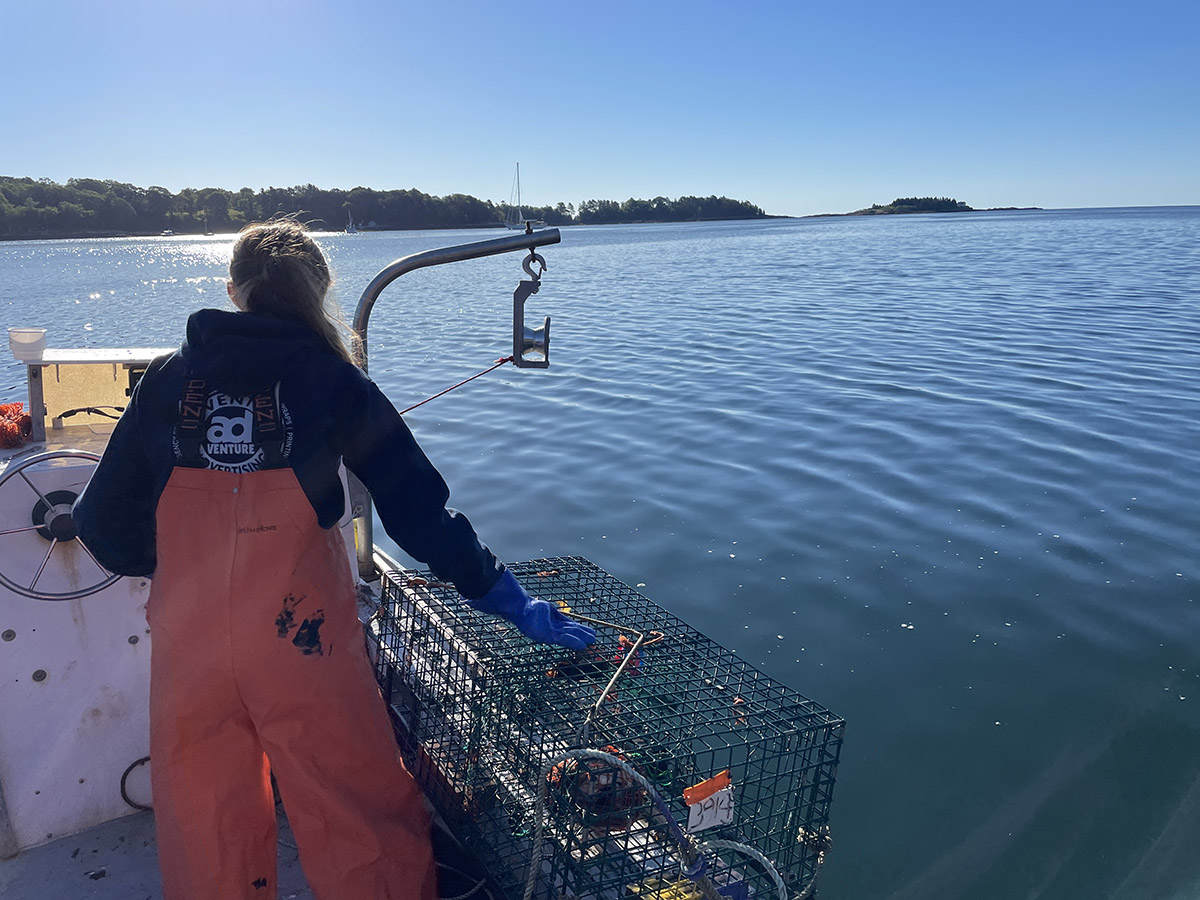 She saved up money from so many summers lobstering that she bought her own boat this past summer — a 19-foot lobster boat with a Yamaha outboard with a gas hauler.

Dale said one of the things his daughter has done so well is to be respectful of the lobstermen in Rockport harbor. “She was born and raised in Rockport and has been fishing in Rockport Harbor since she was young,” he said. “She’s polite and helps them with their gear, and they’ve taken a liking to Marina as she is the next generation coming up.”

“I just like to be out on the ocean with my Dad,” she said. “Lobstering has been part of my family for five generations — I’d like to continue that.”

To see more stories about local lobstermen who contribute to our industry, be sure to check out our blog.
Did you know? The 2023 Maine Lobster Festival Aug. 2-6 will be FREE again. Stay tuned to our website and come visit us next summer!