The Maine Lobster Festival is ON! Downtown Rockland will come roaring back to life for the 75th annual Maine Lobster Festival Aug. 3-7, 2022. After two years of being on hiatus due to the Covid-19 pandemic, we are thrilled to bring you a seafood festival that’s bigger and better than ever before. Read on to see what changes are in store.

There will be no admission fee this year. “After a two-year hiatus with the Festival, we really wanted to offer free admission on top of this being our 75th anniversary to give back to the community,” said Celia Knight, MLF President. “Whether you come just 15 minutes or come for all five days, we want everybody to enjoy the celebration.”

The Festival will no longer have carnival rides, but don’t worry. We are offering plenty of “greener” family fun activities including industrial play sets donated by CedarWorks, a rock climbing wall, a petting zoo, an arcade room for the teens, pony rides, bouncy houses, games of chance, and a larger tent for the children’s activities.

A Heritage Tent that explores the history of the Festival is a new feature in honor of Maine lobstermen and the businesses that support the Maine lobster industry. It also honors our historical community involvement and volunteers.

The Festival wouldn’t be complete without our “fan favorite” activities, such as the Great International Lobster Crate Race, the 5K & 10K races, the Big Parade, the seafood cooking contest, the Maine Sea Goddess Coronation, the Marine Tent and the Arts and Crafts Tent, along with exciting new Maine bands on the main stage.

If you love sipping on Maine-crafted beers and wines at Steins & Vines, this year the Festival will have two sessions on Thursday and Friday in the North Entertainment Tent. “We’ll also have a Craft Beer and Wine Tent, sponsored by Dogfish Brewing Co,” Knight said. “We’ll have eight different taps, including hard cider and wine from local purveyors. And, if you want a lobster roll or dinner, you’ll be able to enjoy it at table seating in the Beer and Wine Tent.”

“There will be plenty of fair food at the Festival,” Knight said. “We’ll have fried dough, popcorn, cotton candy, lemonade and other typical fair food.”

And, of course, there’s the lobster.

People come to Rockland for some of the most delicious seafood in the world and MLF has plenty of it. The Maine Eating Tent will have 20,000 pounds of fresh-caught lobster as well as the full lobster dinner, while the nearby The Lobster Café will be serving lobster rolls, lobster mac ‘n cheese, lobster bisque, lobster-stuffed risotto balls and lobster wontons.

Also new this year will be homemade chowders, including a gluten-free seafood chowder.  We’ll also have the 75th anniversary cookbook containing some of the most delectable homestyle recipes made from locally caught seafood, so you can take it home and try out new dishes yourself. Get more details.

“We’re also going to have fireworks on Wednesday and Saturday night to celebrate the 75th anniversary,” Knight said.

Make your plans now to come to the 2022 Maine Lobster Festival Aug. 3-7, 2022. We also love volunteers! Find out more at https://mainelobsterfestival.com. 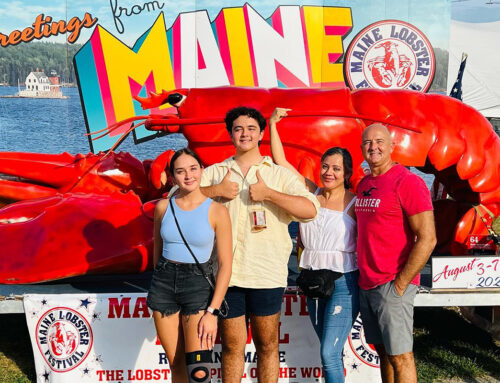 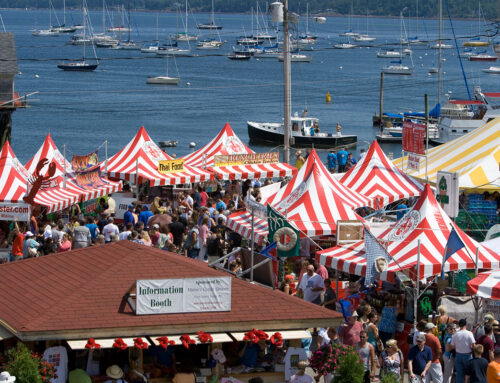 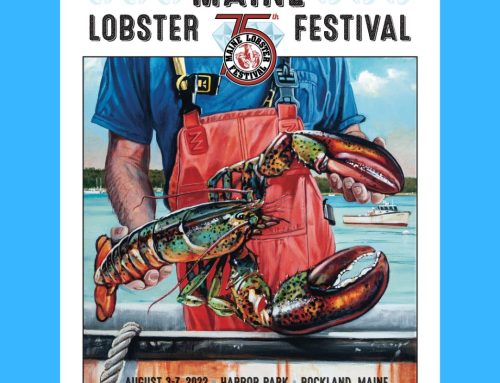 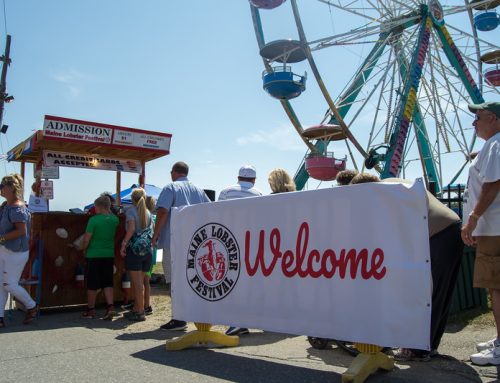 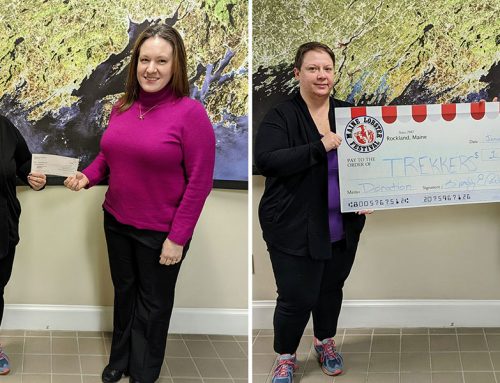 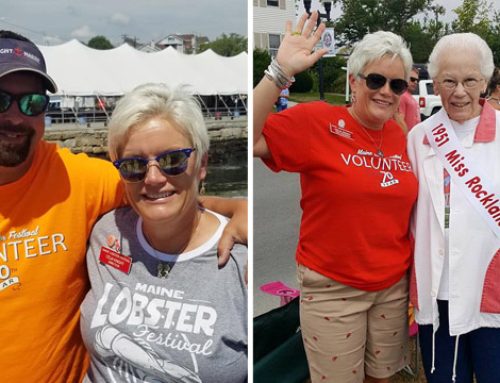